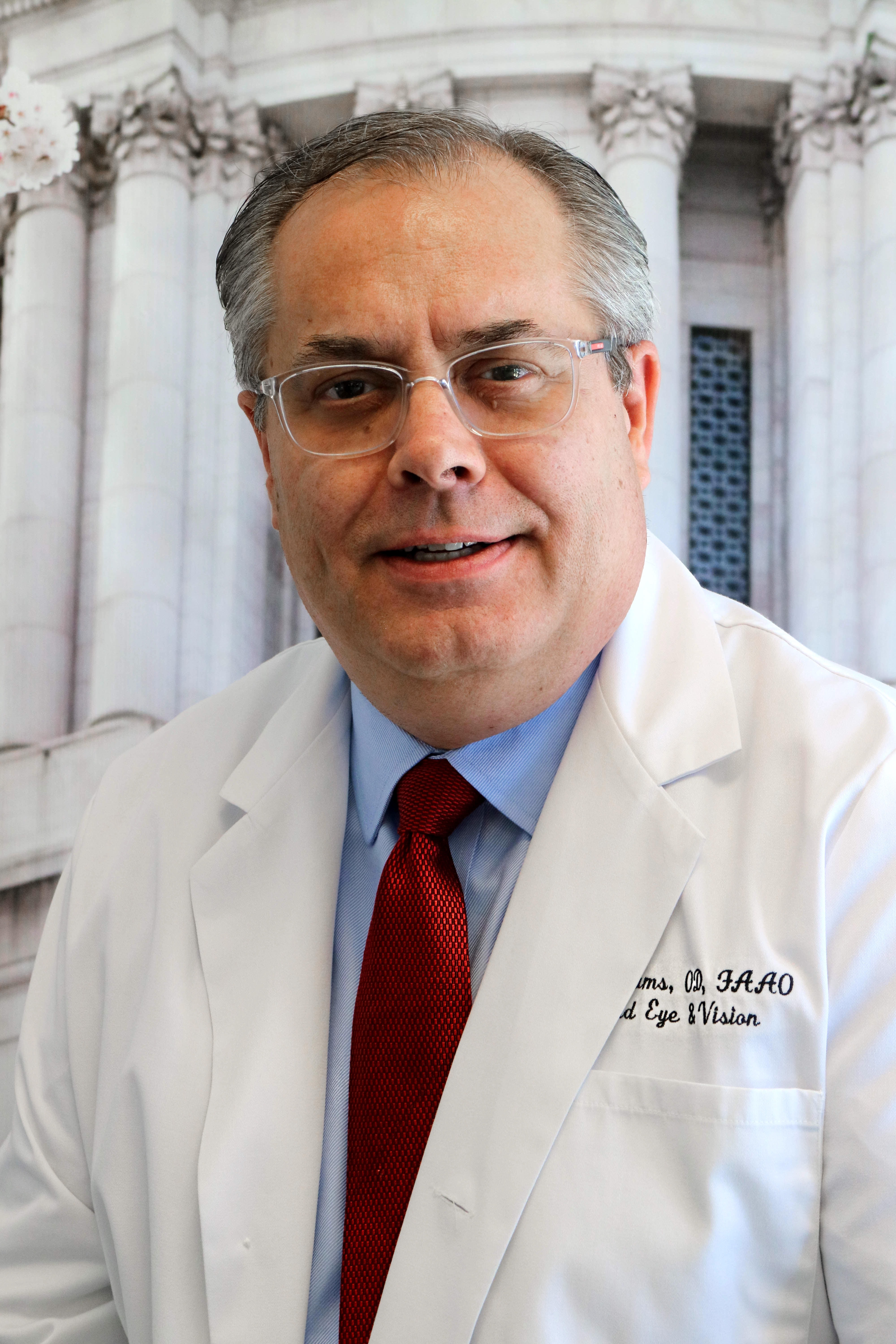 Member of the American Optometric Association

Diplomate, American Board of Optometry

Fellow of the Academy of Optometry

Dr. Williams specializes in family eye health and vision care. A native of Washington, he returned to practice in Parkland in 1998 from Oklahoma, where he served as Assistant Dean for Clinical Affairs at Northeastern State University College of Optometry. A graduate of Illinois State University and Pacific University College of Optometry, Dr. Williams served in the United States Air Force as Chief of Optometry at the USAF Hospital Kirtland for the New Mexico Regional Federal Medical Center. Following his service to the Air Force, Dr. Williams served as Clinic Director and Assistant Professor of Surgery in the Division of Ophthalmology at Southern Illinois University School of Medicine. He is a well-known lecturer in the areas of medical administration, glaucoma, diabetes, medical lasers, and health care education. Dr. Williams has held appointments and positions with numerous national health care entities and is the recipient of several awards including USAF Optometrist of the Year. Dr. Williams enjoys traveling with his wife Diane and sharing in the lives of his three children and stepdaughter.